What better way to get to know the heart of India than by indulging on a 7 day/6 night tour of the famous “Golden Triangle” of Delhi, Jaipur and Agra.  The low season months offer the perfect time to enjoy these sites in relative peace as you set out to discover the true essence of Incredible India…

Day 1: Arrival and overnight at The Oberoi, New Delhi.

You will arrive at Delhi International Airport, having cleared immigration, collect your bags and pass through customs, making your way towards the exit of the terminal building. You will be met by the Low Season Traveller representative, who will be waiting with a paging board with your name on. You will then be assisted for your transfer to the hotel.

New Delhi
India’s largest city, Delhi, has been one of the country’s commercial and economic hubs for centuries and, as a result, is incredibly rich in culture and history. Made up of the ancient walled city of Old Delhi and the more modern sector, New Delhi, the city encompasses a staggering array of beautiful architecture, notable monuments and age-old temples, including three UNESCO World Heritage Sites – the Red Fort, Qutab Minar and Humayun’s Tomb. Other key attractions include the 17th century Chandni Chowk marketplace – still one of the city’s most popular retail centres today, particularly for jewellery and traditional Indian saris; the iconic Bahà’i Lotus Temple – an award-winning architectural gem; and the Jama Masjid, India’s largest mosque.

Overnight: The Oberoi New Delhi
The Oberoi, New Delhi is an iconic luxury 5 star hotel in New Delhi. It is located in the centre of India’s cosmopolitan capital city and is 30 minutes from the Domestic Airport and 45 minutes from the International Airport.

The hotel has 218 rooms and suites. All rooms and suites feature large picture windows which frame unmatched views of the Delhi Golf Course on one side and the historical Humayun’s Tomb on the other. All rooms have teakwood floors, walk-in closets, luxury Italian marble bathrooms, complimentary high speed Internet for up to four devices, international television news channels and a selection of latest movies. A butler service and in room dining is available 24 hours a day.

Restaurants at The Oberoi, New Delhi have the threesixty° all-day dining restaurant, a contemporary Indian restaurant and a rooftop Chinese restaurant overlooking the Delhi Golf Course. 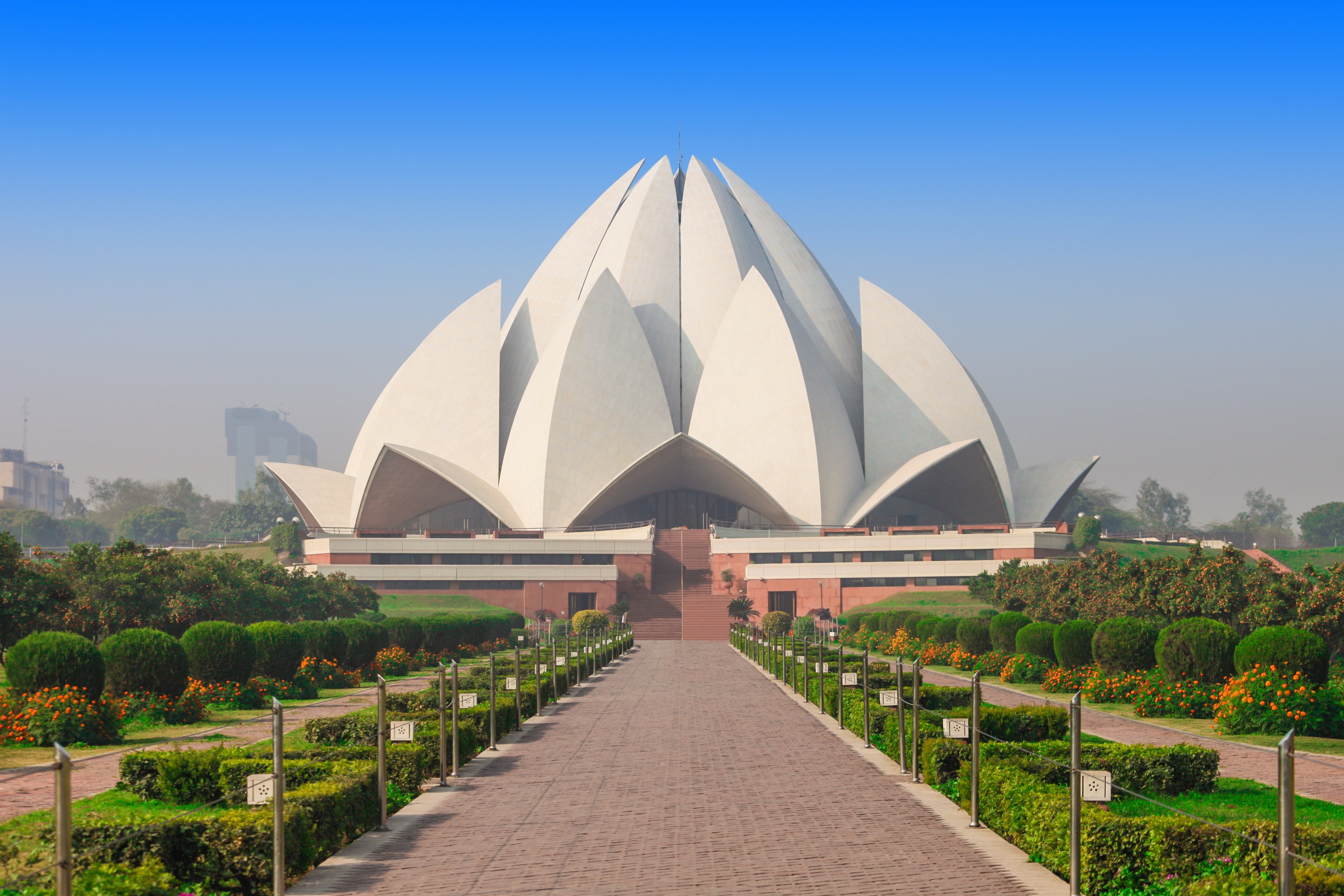 This morning, get set to explore the old and new parts of Delhi. Your guide will meet you at the hotel and will show you the historic, contemporary and modern icons of the city.

The tour will begin with a visit to the Jama Masjid, one of Asia’s largest mosques. It was built in red sandstone and marble by more than 5000 artisans. Later visit Chandni Chowk, Asia’s largest wholesale market, a massive area packed with shops, bazaars, and people (most of the shops remains closed on Sundays). Drive past the Red Fort, a UNESCO World Heritage Site, built by the Mughal emperor, Shah Jahan in 17th century. Also visit the Raj Ghat, a simple memorial to Mahatma Gandhi.

Proceed towards New Delhi, which reflects the legacy the British left behind. The first stop will be a UNESCO World Heritage site – Qutub Minar, the second tallest minar in India. It is made of red stone and marble covered with intricate carvings and verses from the Qur’an. Later visit the 16th century Humayun’s Tomb, the first garden-tomb on the Indian subcontinent, an outstanding monument in the Indo-Persian style and a precursor of the Taj Mahal. The tour to Imperial Delhi will also include a drive past of India Gate, the 42 m high War Memorial Arch, the Parliament House, the Secretariat buildings and the Vice Regal Palace, now the official residence of the President of India.

Old Delhi by Rickshaw
One of its kind tour in specially designed rickshaws that attempt to transport guests 400 years back in history through the vibrant narrow lanes of Chandni Chowk in Old Delhi. On the tour, visit monuments such as the Jama Masjid; Asia’s largest spice market and witness delightfully decorated shops, famous eateries, colourful bazaars, architectural marvels of Old Delhi. Hear interesting stories and live the sights and sounds bringing history back to life. 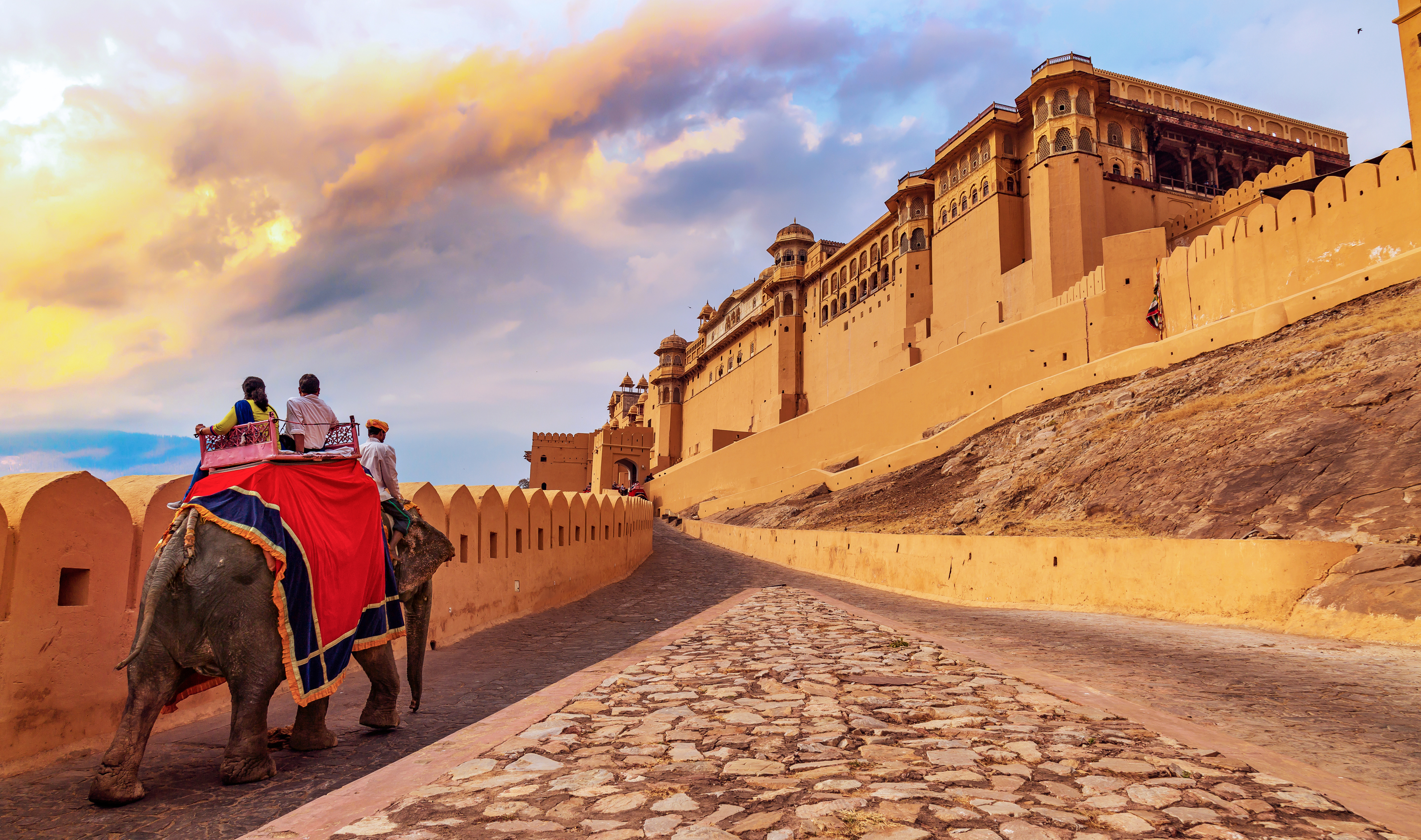 Today you will drive to Jaipur (265 kms/ approx. 6 hrs) by a private vehicle. Arrive Jaipur and check in at The Oberoi Rajvilas

Jaipur
Fringed by the rugged Aravali Hills, Jaipur is the capital and largest city in India’s northern state of Rajasthan. This city is famed for being India’s first planned city featuring a multitude of pink terracotta buildings within the walled historic centre, earning it the nickname,’The Pink City’. Jaipur falls within the Golden Triangle, a popular tourist circuit, which includes Delhi, Jaipur and Agra, and serves as a gateway to the neighbouring desert cities of Jaisalmer and Jodhpur. This colourful city is a combination of tradition and modernity and offers visitors vibrant bazaars, lavish palaces and ancient temples. The salmon-hued old city is home to the opulent City Palace, encompassing an impressive assortment of palatial structures, sprawling gardens, courtyards and buildings. Don’t miss the fairy-tale splendour of the Amber Fort, set against the backdrop of the arid landscape.

Overnight: The Oberoi Rajvilas
The Oberoi Rajvilas comprises of luxury villas and royal tents in a fort setting. It is located just a 15 minute drive away from the city centre of Jaipur, making it an ideal base from which to explore various tourist attractions in the city.
At the Oberoi Rajvilas guests can view the old armory mounted on the walls, gold leaf hand painted murals, miniature Indian paintings and a modern art collection. Onsite historic attractions include the 280 year old Shiva temple and the Rajasthani haveli which houses the Oberoi Spa that offers holistic, Ayurvedic and western therapies.

Explore the royal capital of Rajasthan on this full day tour of Jaipur where you will experience a blend of heritage, palaces, culture and art.
In the morning, drive just outside Jaipur to the ancient capital of Amber to see the fabulous Amber Fort, en-route stopping for photo stop at `Palace of Winds’, otherwise known as Hawa Mahal.
In the afternoon we continue the city tour. Among the highlights to be seen while touring Jaipur include the City Palace, an overwhelming complex of exquisite palaces, gardens and courtyards, decorative art and carved doorways. The palace museum houses collections of rare manuscripts, armoury, costumes, carpets and miniature paintings. Walk to the adjacent Jantar Mantar or Astronomical Observatory made by the Maharaja of Jaipur in 18th century and is one of the five such astronomical wonders built by Sawai Jai Singh and makes accurate predictions even to this day.

Jeep Ride at Amber Fort: The drive to the fort through Amber village is beautiful and reflects the Rajasthani culture. Reach the top of the Amer Fort, stroll through the sprawling complex of courtyards and halls. 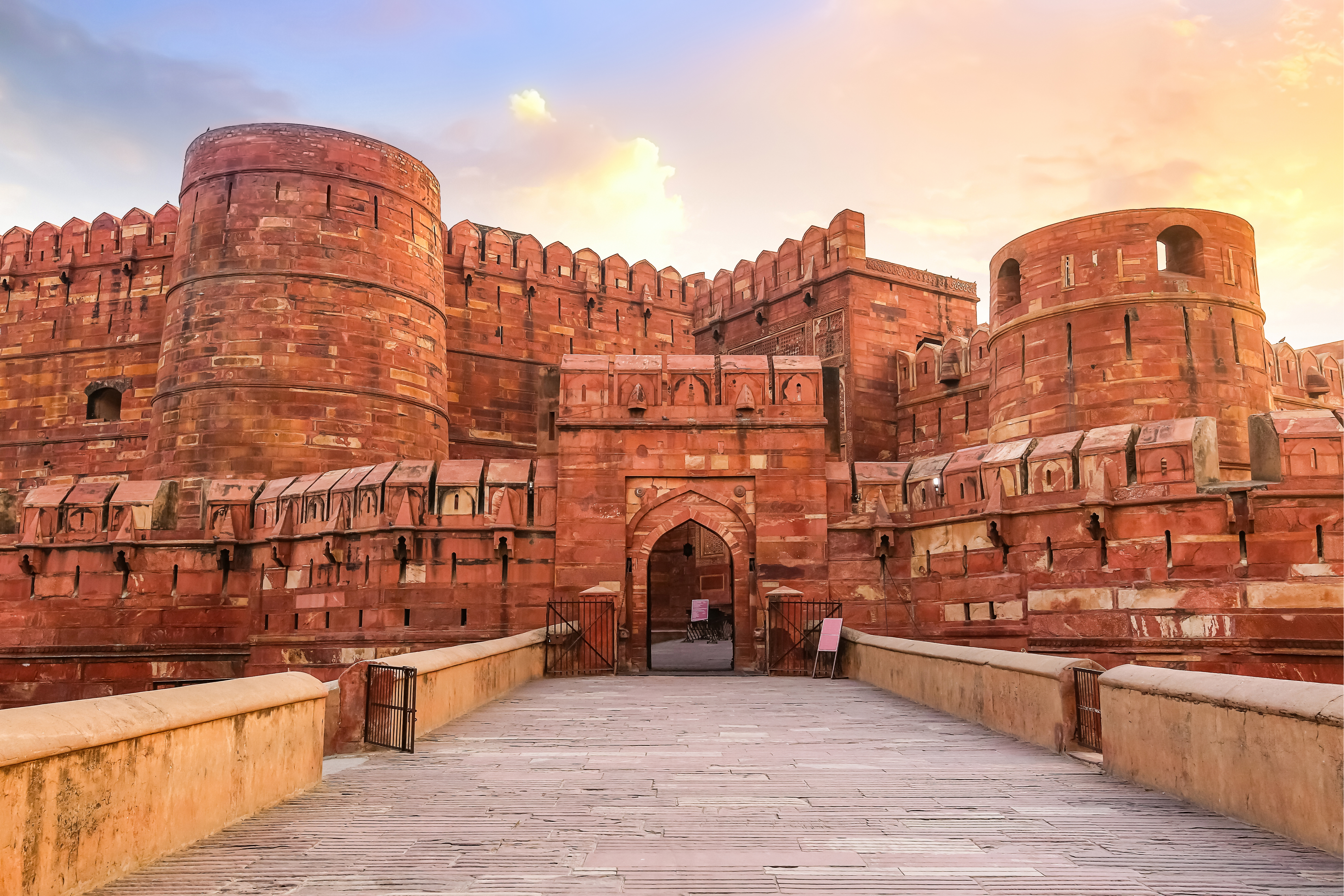 Today we say goodbye to the Pink City and head onwards to Agra – the city of Taj!!

Agra
Home of the world-famous Taj Mahal, Agra is one of India’s prime tourist destinations for specifically this reason, though its attractions also extend to an array of other impressive historical sights. These include the red-hued Agra Fort, the sacred Jama Masjid mosque and Itmad-ud-Daulah’s tomb, with its white marble facade embellished with intricate inlaid designs and semi-precious gems. The Taj, however, is in a league of its own and needless to say is a must-see for any visitor to the city. Commissioned by the Mughal emperor Shah Jahan in the 15th century as a memorial to his beloved wife Mumtaz Mahal, it is an architectural masterpiece of exquisite craftsmanship and perfect proportions.

Enroute Visit Fatehpur Sikri
The deserted red sandstone city, Fatehpur Sikri is also known as the “city of victory”. The city was founded in 16th century by the Mughal Emperor Akbar and served as the capital of the Mughal Empire. It was abandoned shortly afterwards due to water shortages. It consists of beautiful palaces, halls and mosques. Now a UNESCO World Heritage Site, it is an extraordinary place to wander around. Even after 300 years its buildings are in near perfect condition.

Taj Mahal (Sunrise Visit)
It is fitting to see this extraordinary monument Taj Mahal (closed on Friday) by the first light of day as its exemplary beauty is awe-inspiring and will create an unforgettable memory. This time of the day is the least crowded and affords a very peaceful and tranquil experience of the world most romantic site.

Agra Half Day Tour
Visit Agra Fort the seat and the stronghold of the Mughal Empire under successive generations. Approachable by two imposing gates and constructed of red sandstone, the citadel was built by the Mughal Emperor Akbar between the years 1565 and 1573. Encircled by a moat, this dramatic city within a city was the palace of three emperors, Akbar, Shah Jehan and Aurangzeb, each of whom made significant contributions to the wonderful architecture of the inner buildings – a combination of Persian (Islamic) and local Hindu styles.

Said to be one of the most elegant and a harmonious building in the world, Taj Mahal was built by Mughal Emperor Shahjahan in 1630 AD to enshrine the mortal remains of his beloved Queen Mumtaz Mahal. Taj Mahal manifests the wealth and luxury of Mughal art as seen in architecture and garden design, painting and calligraphy.

After the Colonial tour of Agra – leave for Delhi to connect with the onward flight back home.