Our Founder and CEO, Ged Brown, was recently interviewed by Globetrender to provide his perspective on the challenges of overtourism and seasonality.

You can find the full article here and an excerpt is shown below:

Ged Brown, founder of Low Season Traveller, speaks to VOLT about the benefits of not chasing the sun, why the travel industry has an outmoded attachment to the seasons and why tourist boards need to think more like theme park operators.

What motivated you to launch Low Season Traveller?

“My big fear was, if overtourism keeps going and travel becomes more and more expensive, then it may only be available to the relatively wealthy, which I think is wrong. If a certain amount of the population are forced to travel during the cheaper low season months, then let’s make them aware that actually, what they’re getting is probably a better experience. And at a time when the destination truly needs it.”

When did you found the company?

“October 2018. The overtourism problem had been playing on my mind for about a year and I started to do some research and realised that Lonely Planet and Rough Guides, for example, offer all this brilliant information but what they don’t have is specifics on the low season experience.

“I also noticed that you can ask Google when the low season in a country is and get a whole load of different answers. There was no one reliable resource to find out where in the world it is low season in any given month. So I figured what we needed to create was a database of all of the different low seasons presented month-by-month.”

How do you define the concept of ‘low season’?

“Low season is defined as the time in the year when the fewest number of visitors typically visit that destination. There may be many reasons for this and some could be that a destination is unsafe during a particular period, however, for the most part it seems to be linked to the weather in each place.”

Is there a benefit to having a low season where destinations aren’t receiving lots of tourists?

“Yes, there is. In Mediterranean destinations, for example, the low season provides a much-needed break after working nonstop with no days off during the summer. But it depends on who you speak to – some people say they’d prefer tourism to be spread throughout the year. One of the questions I get all the time is ‘If you guys are successful, then won’t the low season be the new peak season?’. Low season travel will always be a niche pursuit but it is showing signs of being a very large untapped niche. There will always be those who have to travel during school holidays so I guess it won’t be suitable for everyone.”

What kinds of low season destinations are people missing out on?

“People dismiss places such as Oman in July and August as they think it will be too hot, but it’s just as hot as Las Vegas, and people from the UK go there in their droves over the summer. It’s all about perceptions and what there is to do. If you go down south to Salalah in Oman where it’s green and lush, it is often cooler than Muscat. People don’t necessarily know that. So we need to help educate people as to what the reality is like in the low seasons.

“Another example is the Caribbean and hurricane season. People talk about Barbados and Antigua but they’re outside of the hurricane belt. They very rarely get hurricanes so going there in low season – during “hurricane season’ – could be a great idea. I went to Barbados recently during low season and it did occasionally rain but I loved watching the storms come in from over the sea with a rum cocktail and some calypso music playing. I honestly thought ‘there is no way this experience could be better in the peak season’. People look at the rainfall charts during low season and see that there might be a lot of rain but in most tropical places such as Bali, it often rains like crazy for short bursts and then stops and dries up relatively quickly. It’s absolutely fine.

“Another low season destination I love is Rhodes in Greece. It blew me away when I first went. It’s like a living museum. It hasn’t changed in hundreds of years. We are working with the tourism authority to help extend their summer season, which typically runs from May to October. They recognised that in order to extend it, they need to talk about things beyond sunny weather. They need to highlight their deep cultural heritage, for example.”

How should destinations change the way they are perceived by travellers?

“It’s a marketing challenge because the tourism authorities and the destinations themselves, historically, have belittled their own low season experiences by merely placing a 50% off label on the trip and leading solely with a cheap price – which is basically saying, ‘we don’t have any confidence in our tourism offering during the low seasons’.

“There is pressure building from the local businesses and the local community to diversify tourism around the year, rather than having these pain points, which are actually becoming hellish. Savvy destinations recognise the economic lift from tourism but also want to retain their destination for themselves. It’s trying to get that balance right.

“Another side of the equation with low season travel, especially when you talk about island destinations, is airlift. Airlift is a massive challenge. However, for low season travellers who think differently, the fact that there’s no direct flight tells you it’s going to be a really good low season experience. Because it’s not going to be crowded. Instead, you can fly to Athens, see the Parthenon when it’s quiet, and then take the ferry.”

What would you say you’re setting out to achieve with Low Season Traveller?

“We’re setting out to change people’s perceptions of the low season experience in destinations all around the world. We are trying to educate and inspire people to try the low season experience as a more meaningful alternative to the arguably mindless travel experiences that can be had at peak times of the year. Of course, people with kids are always going to be restricted to travelling as a family during school holidays, which are peak season. We accept that not everyone can be a low season traveller all the time.”

Can you describe what the website is and what it offers consumers? Can you book trips?

“No, you can’t yet book travel through the site. Many people fear that low season travel will be disappointing in some way so the role of the website is to promote tourism destinations and their experiences during the low season months. There are articles and guides to the low seasons in each destination. We also have a podcast where we speak to locals who talk about what they love about the low season experience, and our Low Season Traveller magazine – our second issue will be coming out soon.”

In what way is your company innovative?

“No organisation has ever sought to promote, educate and inspire low season travel. It’s just not been done before. Why? Because we haven’t needed to.”

When do you think overtourism started to become a problem?

“It’s been a problem for about ten to 15 years but we haven’t labelled it until more recently. Plus, there’s been no point of reference to determine how many tourists is too many. If you ask the ministers for tourism in any destination in the world, what’s the capacity for your destination on any given day of the week or in any given year, they start talking about how many beds they’ve got in hotels.

“And I say, ‘No, that’s not the answer I want know. What’s the optimum number? What is the point at which more tourists will start to negatively affect the visitor experience and the lives of the local people?’ And they don’t know the answer. And that’s the problem. That’s what overtourism is. It’s destinations not understanding what their capacity is.

“As a comparator for that, if you speak to the operators of Disneyland theme parks, or Universal Studios in Orlando, they know their precise capacity – which, if exceeded, will create a negative experience for everybody. They are very good at managing crowds and queues, too, directing people to quieter parts of the park during peak times via an app.

“Bizarrely, I think destinations need to think more like theme parks. As a destination, once you know what your upper limit is, then all of a sudden you can actually make more money from it because of the basic laws of supply and demand. If you say, ‘sorry, we can’t take any more tourists for this season,’ that’s going make people want to visit you more next year and actually book up earlier.

“Tourism authorities and the ministers for tourism are generally measured on one thing and that’s tourist arrivals. That’s it. If the arrivals are greater than last year, then they’re doing a ‘great job’. That’s why small islands welcome big cruises. Because even though we know those cruise passengers are spending practically all of their money with the cruise company – there is almost no economic impact for the local communities – the reason that they welcome them is because each one counts as a ‘visitor arrival.’ But they’re not measuring whether that’s a useful visitor arrival or not. That approach has to stop – it’s a road to ruin.”

How are you monetising your business?

What do you think about the role of the travel editor? Do you agree that a lot of publications exacerbate the problem of peak season travel with ‘hot list’ and ‘where to go this summer’ type features?

“Yes they have an important role to play – often they’re filtering readers into the peak season. And I wonder if that is really responsible? People do what they’ve always done. We’re in this industry that sees nothing but growth. But maybe it’s time to think about things a little bit differently. I think a lot of publications and editors are now looking at that opportunity to maybe change it up a little bit, which has got to be a good thing.”

Why does the travel industry find it so hard to change?

What do you predict for the future of tourism?

“I tell you, it has to be the case that there will be an awful lot more people travelling in the low seasons. This is because by 2030, there will be another 1.5 billion more people worldwide entering middle class status, according to the Brookings Institute. What that means is these people will have disposable income for the first time in their life, and many of them will want to spend it on travel. Overtourism is going to get a lot worse if everyone continues to travel during peak seasons. Every travel industry entity needs to have a low season strategy.” 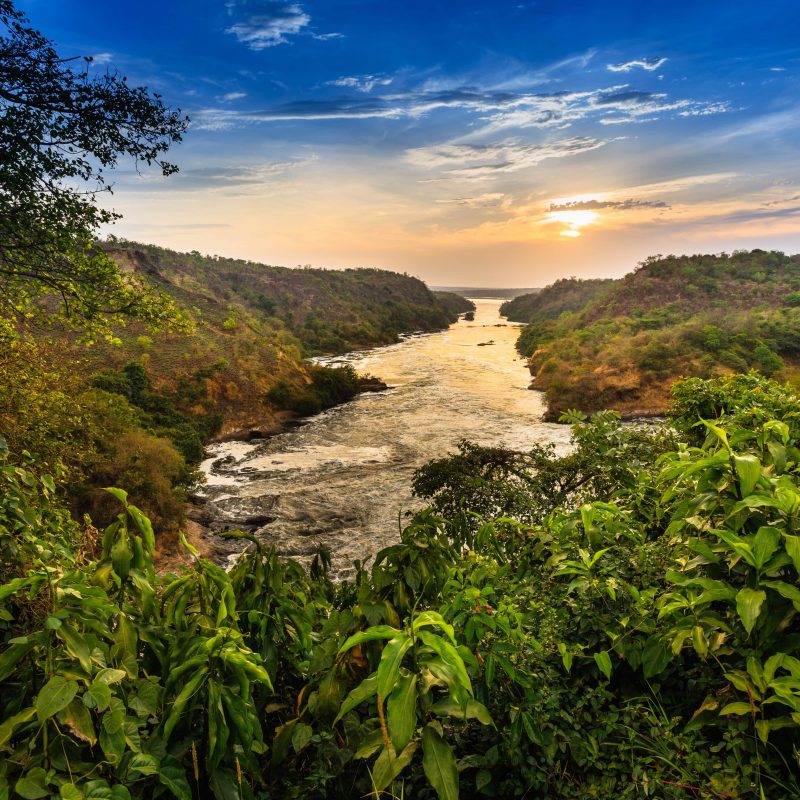 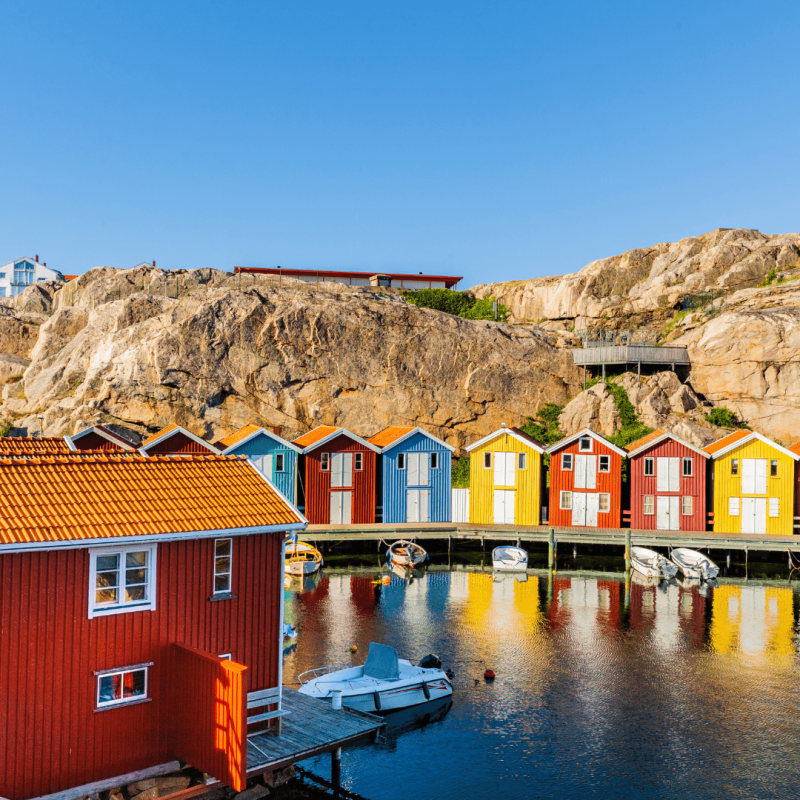